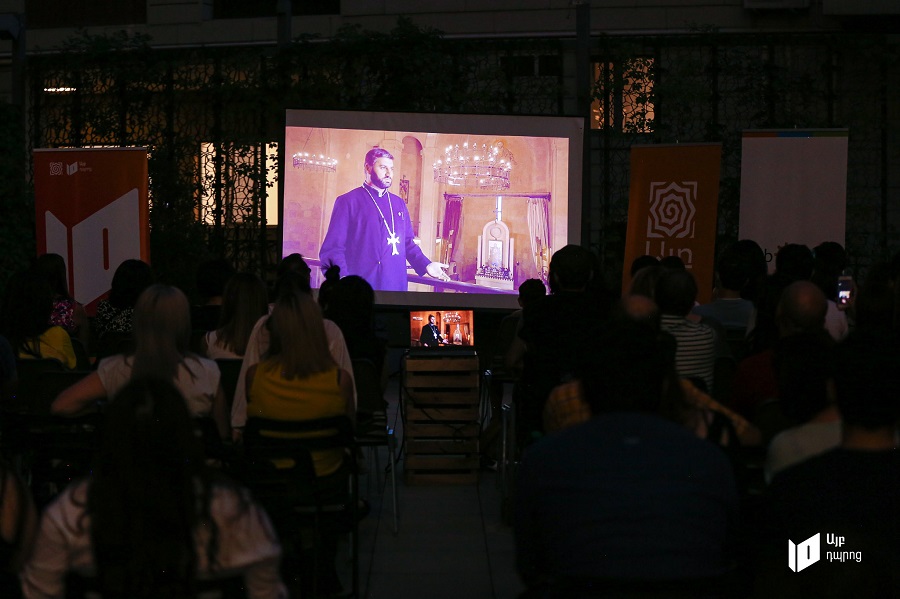 Tracing the hidden treasures of Artsakh, the PBL club members decided to reflect on the recent Artsakh war, presenting the inviolable trinity of people-culture-church from their own perspective.

The aim of the project was to draw the public attention to the historical and cultural heritage doomed to uncertainty because of the Artsakh war, as well as to talk about the neglected spiritual heritage and to refer to the ordinary human destinies. As a result, three film parts were created to describe each aspect.

All students, who were involved in the film creation, received merit certificates, while those, who shot the Church section of the film, were announced the winners.

Artsakh: Three-Part Struggle film series is available for watching on YouTube. It received widespread public response, and the club members were invited by various TV channels to tell the story of its creation.

The Project-Based Learning (PBL) is an innovative educational model, which stems from “learning by doing” principle. This educational model enables students to set up teams and carry out large-scale and long-term projects to address actual community issues and challenges. Currently, 10 PBL clubs are operating at Ayb School.

Arshak Zakaryan: I discovered my creative self at Ayb