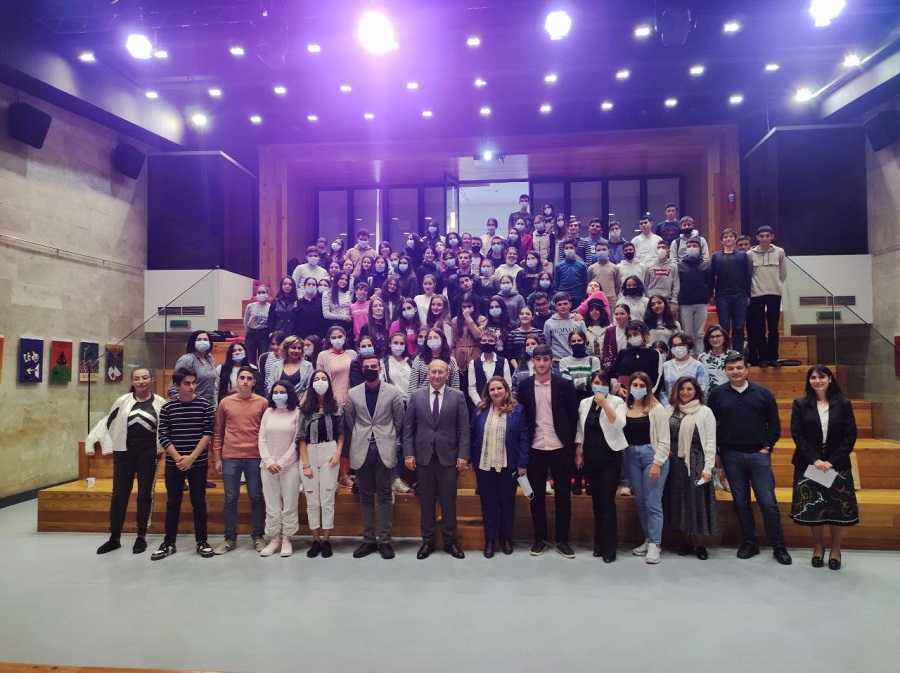 Ayb School hosted the newly appointed Armenian ambassador to Greece, Tigran Mkrtchyan. The meeting was organized by history teacher Lilit Minasyan and the Career Orientation Center. The students faced a difficult choice: either to ask questions about diplomacy and the mission of generations or focus on education and career aspects. Ambassador Mkrtchyan patiently replied to all questions, sharing the experience he gained during 12 years of his diplomatic activity, including the time spent at the post of Armenia’s ambassador to the Baltic states. The most interesting episodes of the meetings are presented below.

-The latest developments allow saying that diplomacy underwent transformations. It’s not necessary for someone to graduate from the faculty of international relations to become a diplomat. Diplomacy can involve people of various professions. Of course, most of them will still be international relations, oriental 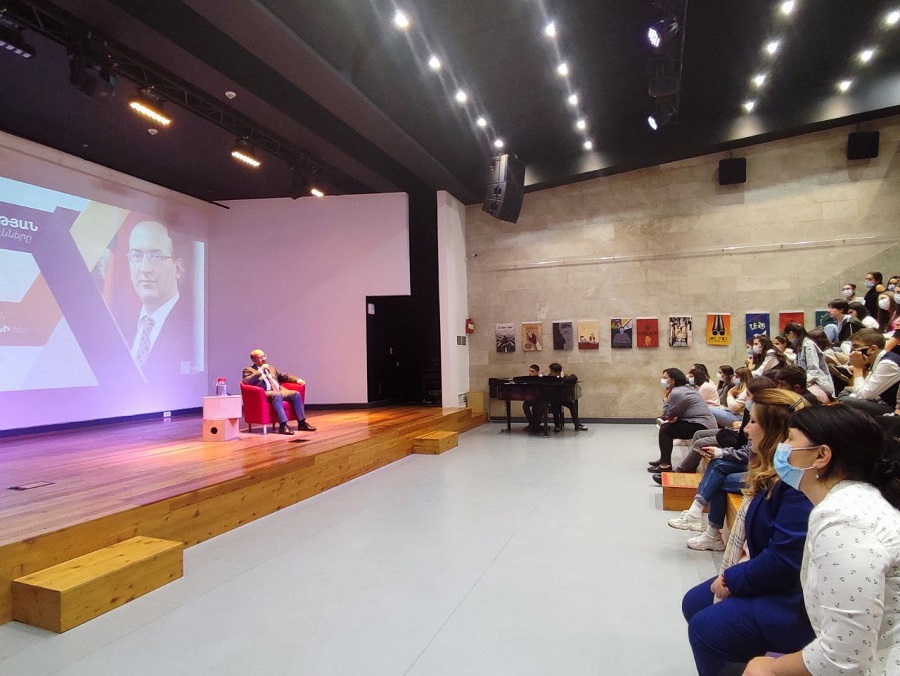 studies, and history graduates. Before taking up diplomacy, it’s important to understand which direction you want to choose.

- I would avoid offering cliches. However, I believe that to become a good diplomat, like any other specialist, it’s important to love what you do. If you love your profession, you will be a worthy professional. There is an erroneous view that a diplomat is a person, who is sent to a foreign state to promote their country’s interests by telling lies. I do think that telling lies is a very dangerous ‘skill’ for a diplomat. Nowadays, working like this is not possible, as everything eventually becomes obvious.

In postwar time, when our diplomacy faces huge challenges. My wife is Latvian, and she once said that Armenia needs diplomats like Bismarck. Unfortunately, this seems impossible at the moment. Diplomats like Bismark are born in large countries, meanwhile, the Armenian political scope is narrow and restricted. It’s possible to obtain similar knowledge and skills, however, the phenomenon of Bismarck is that he and statesmen like him, for example, Julius Ceasar, possessed unlimited political leverages but realized that some restraints are needed. There will be probably state figures like them, but such powerful people are usually born by epochs. 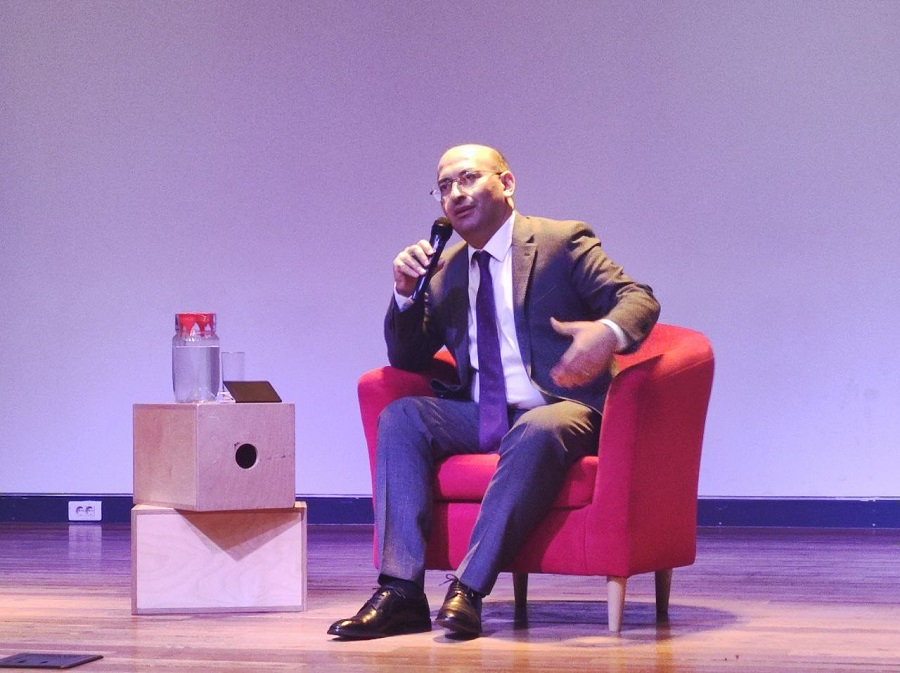 - It has been in the process of establishing itself since 1991. The Ministry of Foreign Affairs is a more or less stable institution in our country that employs many experienced diplomats capable of promoting Armenian interests according to the foreign policy adopted by the state.

However, in the world, and especially in Armenia, there is an acute need to keep up with the times. An individual with a diplomatic education is not able to fully comprehend today’s complex developments. Earlier, diplomats were in contact with a limited number of people - colleagues and the leadership of their country. In the 21st century, everything changed. Now we are dealing with network diplomacy, where digital literacy and public diplomacy skills are extremely important.

One of the problems is that too many people still think that diplomacy is a system that serves “the highest-ranking officials” only. Actually, we speak of war and peace and resolve related issues. A diplomat should be ready for any kind of situation and bear the responsibility for resolving problems. There are a lot of issues and questions interconnected with the so-called “high politics” but these are only a part of a diplomat’s daily activity. From this point of view, our system must be more flexible and be able to adapt to the changing world.

“Treat homeland like your child,” Ambassador Mkrtchyan recollected the words of his teacher, adding that high-quality education is one of the pillars for strengthening and developing the homeland.

New composition of Ayb School Board of Trustees known