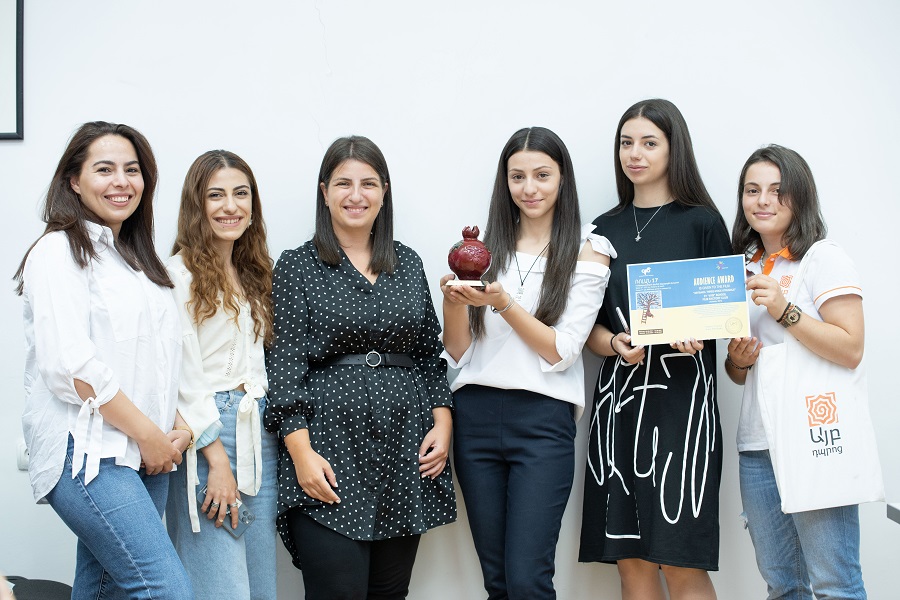 A press conference dedicated to the 17th Rolan International Film Festival for Children and Youth took place with the participation of Ayb School’s Film Factory club members Lilit Minasyan, Anahit Harutyunyan, and Hasmik Harutyunyan, as well as their mentor Arusyak Zakharyan, to receive the Audience Award for the “Artsakh: Three-Voice Struggle” trilogy.

Ayb students not only presented their film at the festival but also participated in the film evaluation process and chose the winners of nominations as jury members. Besides, animation films screened during the festival were screened at the school for the 1st-9th grade students.

Continuing to trace hidden treasures, Film Factory Project-Based Learning Club members decided to reflect on the recent Artsakh war, presenting the inviolable trinity of people-culture-church, from their own perspective. The students aimed at drawing the public attention to the historical, spiritual, and cultural heritage abandoned to uncertainty because of the Artsakh war and to the reasons behind the conflict.

The students shot 3 films that tell about the war and its participants.

“Artsakh: Three-Voice Struggle” film is available on Ayb School’s YouTube channel. To raise public awareness about the trilogy, club mentor Arusyak Zakharyan is planning to give a series of interviews.