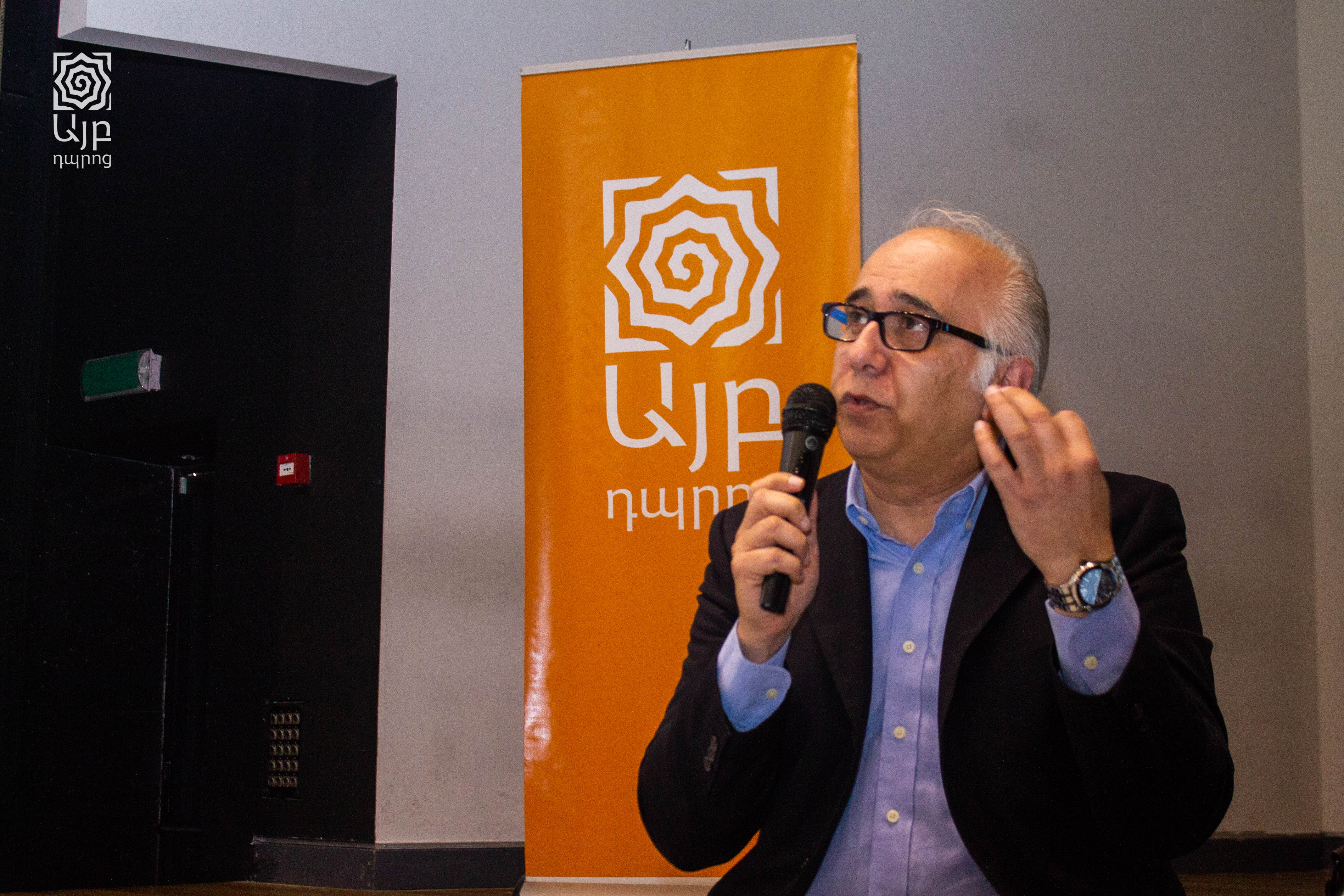 On April 17, Ayb School hosted Charle Malas, who has been a basketball referee for a long time. He is a businessman now and takes part in patriotic efforts.

He was born in Baghdad, Iraq. He was educated in Britain, where he studied applied physics and electronics. He has 35 years of experience in logistics. So far, his organization has had many achievements: it has developed a computerized airfreight system, was the official handler of the Armenian Presidential aircraft, etc. The recently built port in Umm Qasr, Iraq, is their greatest and successful project. That port is the only shipping port in the country. Charle Malas and his brother were the first to help during the disaster in Gyumri in 1988. They were also able to bring help from Britain.

He came to Armenia with his almost finished new project. He says that only the approval of the government is missing. The expert believes that today the weak side of the Armenian economy is the connection with the outside. The problem is that the stations connecting them (railway, airport, etc.) are undeveloped. The idea is the following: Armenia, without sea shores and ports, can have a dry port. It provides transportation of goods by railway. Its construction will take about two years. If it is built, 8000 people will get job. He says that Armenia needs three such stations: a big one and two small ones. Mr. Malas is more than confident that this is the best option for Armenia because of its relief. This will facilitate Armenia's entry into the world market and participation in world trade.

We wish him and his association good luck during this project and hope that it will become an important part of the economic revolution in Armenia.

First round of webinars on distance learning over