It is important to develop state mentality 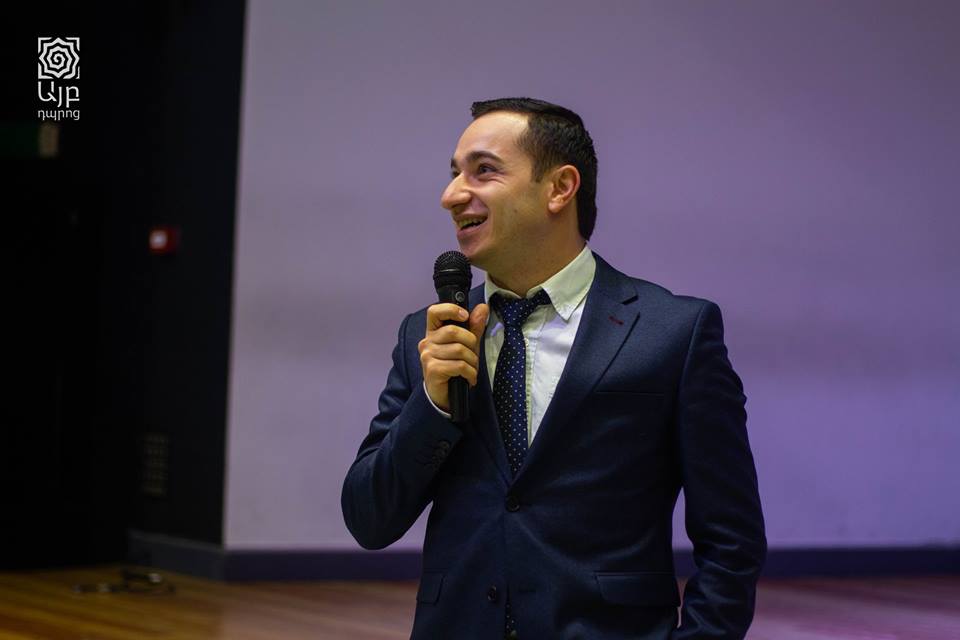 On March 19, Ayb School hosted Mkhitar Hayrapetyan, who is the Chairman of the NA Standing Committee on Science, Education, Culture, Diaspora, Youth and Sport, and former Minister of Diaspora of the RA.

Mr. Hayrapetyan started the conversation with telling about his civil activity. He started it with leaflet distribution during 2008’s presidential elections. The young Parliament member does not want to become Prime Minister of the RA. Mkhitar Hayrapetyan’s goal in a long-term perspective is to become Secretary-General of the UN.

The member of the National Assembly also spoke about the Artsakh conflict, development of education, and the cooperation with the former authorities.