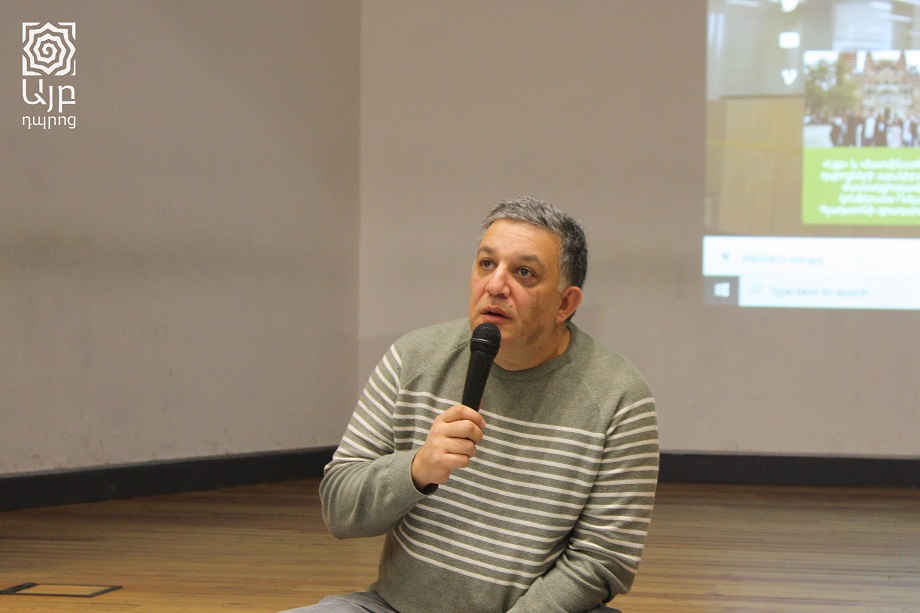 A great filming atmosphere reigned at Ayb School as it hosted film director Mher Mkrtchyan, who talked to the students about his life and career and responded to their questions.

Mher Mkrtchyan has an interesting career history. He first decided to become a lawyer, but eventually realized that he “does not belong to this industry” and opted for the career of a screenwriter. Thus, he entered and graduated from the Gerasimov Russian State Institute of Cinematography. However, upon graduation, he worked in the banking sector for many years due to certain circumstances. In 2007, he started directing. “Everything happened just in one day. I sold everything and started shooting movies."

Mkrtchyan spoke about the actor's profession, qualities and talent, which is the most important for a man of art. He believes that 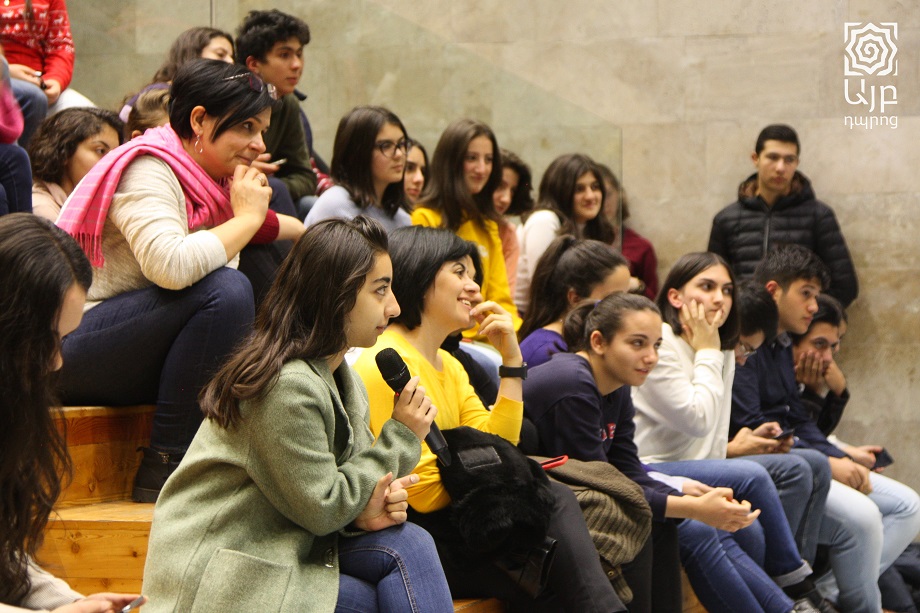 diligence can never substitute talent, if the matter concerns acting. What should you do to understand whether you have a talent or not? There is one answer to this question: you must try. For appreciating a work of art, you need to find out what emotional impact it has on the viewer. If such impact is absent, there is no talent.

Responding to an interesting question about books and films based on the books, he said: “In filmmaking, everything is based on literature." According to Mkrtchyan, a bad book can never be the script of a good film, hence the quality of a film based on a book depends on the book.

The most famous films directed by Mher Mkrtchyan are “The Line”, “The Line 2.25 years later” and “Hedgehog named Ludwig”. He is now the artistic director of the theater named after legendary Armenian actor Mher Mkrtchyan.