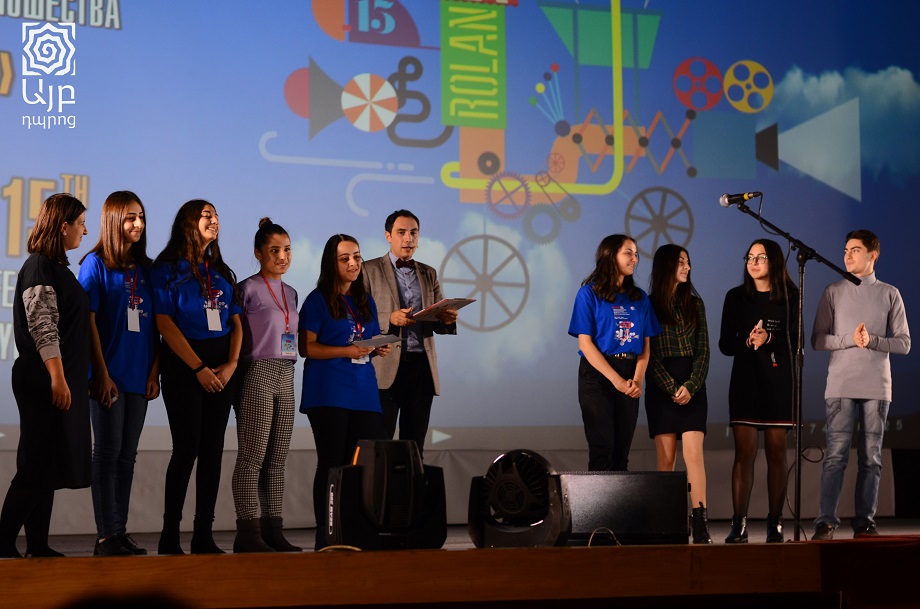 Rolan International Film Festival for Children and Youth is organized annually by Rolan Bykov Foundation. Focusing on a number of cultural, educational and social programs, the 15th edition of the festival took place from November 5 to 9 with participation of Ayb School’s Film Factory club. The students presented 3 films for screening while some of them were selected to serve as members of the festival jury.

On November 8, Ayb School’s Hayastan auditorium hosted a panel discussion that brought together filmmakers Tomasz Nittel (Poland), Balazs Simon (Hungary) and Dato Janelidze (Georgia). The guests talked about the production, demand and challenges of the films for children and young people and here are some of their thoughts:

Today’s technical resources can help a lot; you should just try a variety of them to choose the most convenient one.

Financing remains one of the most pressing problems in film production but a lot of filmmakers find the way out. If you are a dedicated personality and really want to shoot a film, you can at least do it with your phone. Lack of money is not always an obstacle for film creation. There are also many other problems.

Festivals do not always ensure a fair competition. How can you decide which film is the best? Festivals should not be a contest for films but a series of screenings for the audience to have the opportunity to watch and enjoy them. Awards are not a fair thing. Festivals should provide a platform for showing new films to people, who can either like or dislike them.

Do we need film production lessons at schools?

You have an amazing school, which can be called the school of the future. It looks like schools in Scandinavian countries. And teaching film production in such school would be a great idea. Filmmaking will soon become a skill like playing a musical instrument or football. It helps develop imagination, free mentality and self-expression.