David Sahakyan: country’s development should be measured by investment in education 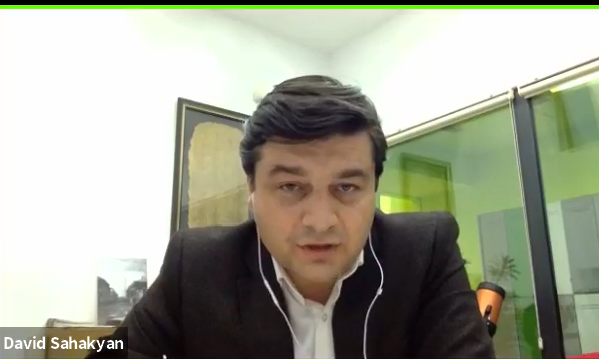 Ayb School principal David Sahakyan was the guest of the 19th edition of the Education from Within TV project hosted by Dasaran educational program founding president Suren Aloyan. The discussion titled “30-year-old education system and today’s reality” can be concluded in the following theses:

During the past 30 years, we have been building a new education system with a portfolio of the exhausted soviet resources. Prior to this, we hadn’t even thought about what kind of education we want to have. After Armenia obtained independence, we undertook the task to build an education system that would exclude the return to the ideology soviet and textbooks. At that time, we didn’t try to improve the existing education system or develop a new one. We had to reach the point of no return to the old doctrine. There was an operating education system as such, but it had to undergo drastic changes.

We talk a lot about the economy and if we examine the development program of the past several years, we will see that education is ranked among the fields essential for the economic development. The schools start to educate the students to help them meet the requirements of the modern job market. To contribute to the development of our country, we need various professionals who possess certain knowledge. Some people say that the economic growth should be measured by the investments made in education rather than by the GDP. Thus, education has become a field that can secure development of a state.

Education is a field that requires years of development and when speaking about reforms, we should be cautious to avoid problems instead of constantly trying to solve them. What kind of problems does education experience and who are the people engaged in its development? Education reforms can take 20-30 years and even more. It’s really a very long process.

Education should be non-political

Education should first of all become a non-political field. Ministers are always politicized officials and they are responsible for taking decisions, however if the professional structures are mature enough to influence political decisions, it will be possible to solve a lot of problems. It’s important that the education system satisfies the needs of both individuals and the society on the whole.

Education now and in the future

The schools should not undertake the role of a subordinate and wait for the government to tell them what to do. The schools should take the initiative and present their demands. As long as education is not perceived as a national value, as long as the public and educational institutions don’t view education and the most important mission, we will have subordinates. It’s absolutely clear that the field of education experiences problems, because 30 years are not enough to implement profound reforms and we have a great deal of work in the future.